The Crescent Moon exhibition in Asia

The Crescent Moon: the Asian Face of Islam in New Zealand was a photographic exhibition as well as a book, which has taken me to Jakarta, Kuala Lumpur, and Penang.

The Crescent Moon was an initiative of the Asia New Zealand Foundation, and was one of the most interesting projects I’ve been involved with. You can read about the publication under Books. The exhibition went on tour first in 2009 – in the next three years it was shown in nine New Zealand venues, and I went to a number of those to talk about the project.  In 2013, it went to Jakarta. First it was shown at the State Islamic University, then in a very large shopping mall then in a contemporary gallery. I went to Jakarta for the opening at the university, and for a seminar about the exhibition. In 2014 it opened at the University of Malaya, where I attended the opening, and in 2015 in George Town, Penang, where I’ve written the text for a companion exhibition.

Being involved in this project has made me acutely aware of how enormous and complex the Islamic world is, how astonishingly ignorant we in New Zealand (as in most of the West) are about Islam, and how our ignorance means that we buy into stereotypes promoted by the media all the time. There’s a huge challenge for us to become at least a bit more knowledgeable. 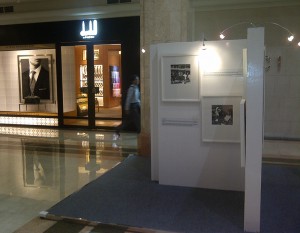 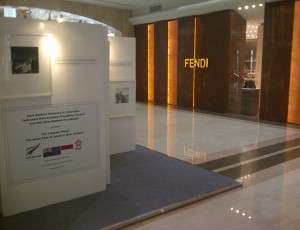 The Crescent Moon exhibition at the Plaza Senayan mall in Jakarta

More from this project