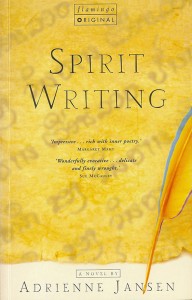 Anna Fielder, small-town girl, heads to the city. There she catches up with her estranged grandmother, meets an activist priest, and Kam Sy from Laos. On the one hand she’s trying to shuck off an overbearing and religious father and a submissive mother, while on the other she gets caught up in a political / housing protest, and a complicated personal relationship. It’s a story of family, the complexity of belief, and underlying racism.

‘It’s great to read a New Zealand novel that explores the fraught relationships that can occur between refugees and locals. All in all, a terrific achievement…’ Waikato Times

Ebook available from Amazon and via Kobo.